The Best Christmas Markets in the World That We Will Miss

Last Updated on 24th December 2020
__________________________________
1. Gendarmenmarkt, Berlin, Germany
Germans don't joke when it comes to Christmas. The Gendarmenmarkt in the capital is one of the biggest markets in Europe, and one of the most popular too. It's not hard to see why: the market boasts everything quaint about Christmas. You can explore the winding alleys between wooden stalls and craft tents while munching on German sausages and sipping on warm mulled wine.
2. Vienna Christmas World, Vienna, Austria
Just across the border to Austria is the iconic Vienna Christmas World where three million people each year visit to wander through the hundreds of stalls that offer everything form Christmas ornaments to handicrafts to even a giant ice skating for the youngsters.
3. Cologne Cathedral Christmas Market, Cologne, Germany
While Gendarmenmarkt might be located in the capital, it's the Cologne market that brings in the most visitors every year with four million locals and tourists crowding to enjoy the scene set under the watchful eye of the grand Cologne Cathedral. At the heart of the market stands the biggest Christmas tree in the Rhineland, which towers over the red-roofed stalls that house hot chocolate, handmade gifts, and more for the market's many visitors.
4. Old Town Square Christmas Market, Prague, Czech Republic
Like its name suggests, this Czech market is located in the heart of the old city of Prague where the Gothic, Renaissance, and Baroque architecture will make you feel like you're spending your Christmas a hundred or so years ago. There are even live animals in the Nativity scene to make the experience even more complete.
5. Strasbourg Christmas Market, Strasbourg, France
Strasbourg is the capital of France--at least during Christmas time. Paris can't hold a candle to all the festivities that take place in this border town in France where Christmas markets have been a time-old tradition for centuries. It's one of the Christmas markets in Europe, and also the most numerous. And by that we mean, it's not just one market but many. Markets take place across the city during Christmas in little pockets, making this market more like a Christmas city.
6. Basel Christmas Market, Switzerland
Similar to Strasbourg, Basel Christmas markets are made up of three smaller markets in the old town, next to the cathedral, and another on the bank of the Rhine. All three are connected with streets that wind through the city, that is one the whole charmingly decorated.
7. Dresden Striezelmarkt, Dresden, Germany
Dresden hosts the oldest market in Germany, which is going on almost 600 years. You can enjoy glazed apples, sugared dough balls, and a number of other traditional Christmas delicacies, including a gigantic German fruitcake that's prepared by the city's bakers and handed out to the visitors of the market.
8. Tivoli Gardens, Copenhagen, Denmark
For a Disney-style, Nordic Christmas, head over to the Tivoli Gardens in Copenhagen where snow lines the ancient roads and numerous light shows regularly occupy the sky. Festive folk songs are played by local bands, and a Scandinavian holiday, St. Lucia's Day, is celebrated near Christmas, so you can also witness a magical sight of young boys and girls dressed in white walk through the city while singing and carrying candles.
9. Stockholm Old Town Christmas Market, Stockholm, Sweden
For the real winter wonderland, head up as north as you can handle to Stockholm where the local Christmas market celebrates traditionally with Swedish delicacies, smoked turkey, elk meat, dry-cured reindeer, and more. If that's not enough to make you feel the Christmas spirit, then the freezing Swedish winter surely will.
10| Frankfurt Christmas Market, Birmingham, U.K.
Birmingham is nowhere near Frankfurt, but apparently, this local market is the most authentic German Christmas market outside Germany. It's decorated and run similar to how any German Christmas market would be, but it's got its own distinct English twist on things, from the Scottish Caledonian steak burgers to hearty British soups and pancakes.
Which Christmas market will you put on your 2021 bucket list? let us know! If you enjoyed this article, share it with your family, friends and colleagues. Due to  the pandemic, it's unfortunate but the way we travel will forever change. Check out our article on How to avoid the kids getting sick while traveling.

Have a wonderful day wherever you are and safe travels.
21 Hottest New Family
Travel Destinations
2021 - FREE!
Get ready to escape, explore, and
dive headfirst into travel in 2021! 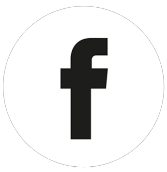 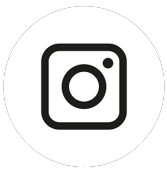 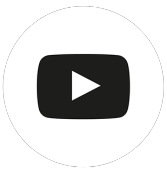 50% Complete
Almost there
The Headline Goes Here
The Subheadline Goes Here
Audience is not selected
Continue..
Your information is safe and will Never be shared
50% Complete
Almost there
Get Your Guide to The 21 Hottest New Family Travel Experiences 2021
* By downloading the 21 Hottest New Family Travel Experiences 2021, you agree receive blog updates and emails from Tern-x (unsubscribe anytime)

** Your information is safe and will Never be shared